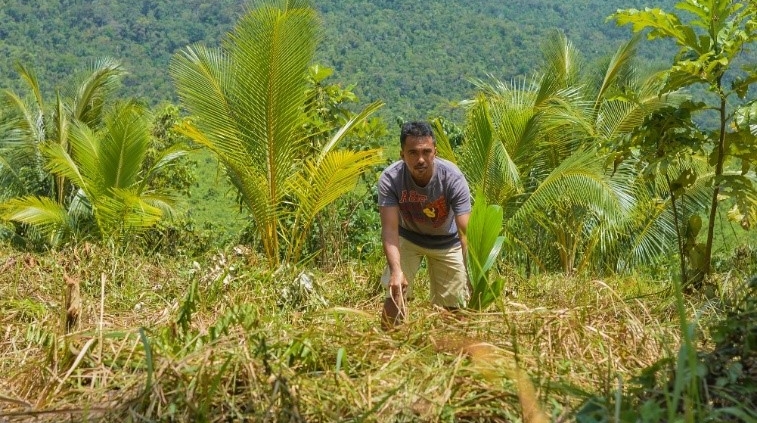 38-year old Victor is a proud farmer and role model for the next generation of farmers on the Filipino island of Palawan–but it wasn’t always like this. As a teenager he had shunned farming and got trained as a mechanical engineer. But when his father passed away in 2014, Victor decided to give farming a try on the family’s 1.7 hectares of land. He started attending specialized agricultural training sessions and events organized by ECLOF Philippines. He even got invited to showcase his work and represent his hometown in Manila. At that time, he also took out a first loan of 220 dollars to develop his farm, despite initial reservation against borrowing money.

In the following seven years, Victor expanded his agricultural land to 7 hectares. He diversified his father’s monoculture rice field into a mixed field for livestock, fruit and vegetables. This model proved so successful that Victor turned it into a training center for other farmers that is accredited by the Technical Education and Skills Development Authority (TESDA). In April 2022, it was awarded as a learning site for capacity building of the farmers in their communities. Victor is grateful to ECLOF Philippines for encouraging and supporting him over the years. 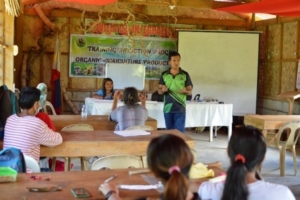 Today, Victor owns a total of 15 hectares of land used for production and training. He is also the Chairman of the Karasonan Farmer’s Association. With his personal motto “May pera sa pagsasaka” (“There is money in farming”), Victor sheds a new light on agriculture as an opportunity for the next generation of farmers in the Philippines.