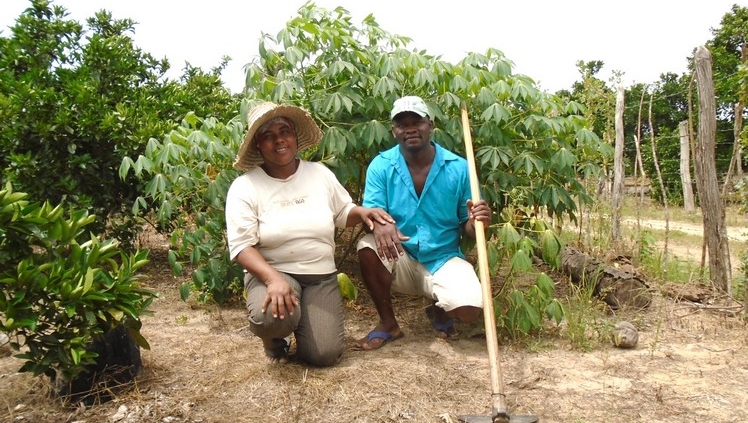 “ His dream was to have his own land one day— and this dream became a reality.”

Romualdo Conceicao dos Santos from the rural outskirts of Salvador de Bahia is 45 years old and father of three grown-up children. For years he had been working hard on other people’s land as a farm laborer. But he could hardly make a living for his family because he had to give half of his harvest to the land owner. With his wife, he opened a little shop to earn a little extra. But his dream was to have his own land one day.

Thanks to Romualdo’s hard work and ECLOF, this dream became a reality. First, he invested in a small plot. He was introduced to CEADe (ECLOF Brazil) for the first time in 2011 when he joined a solidarity group of 10 members and took out his first loan. He used it for buying inputs such as fertilizer, seeds and labor cost. The whole family helped work the land and eventually managed to generate enough money to buy more land. Nowadays the family farm produces oranges, cassavas, bananas, mandarins and passion fruits. Romualdo is in his seventh loan cycle with CEADe. He says that thanks to CEADe’s continuous support, he was able to increase the productivity of his land and improve his income—and better the living standard of his family. With the next loan, he plans to invest in water tanks, spray and a brush cutter.