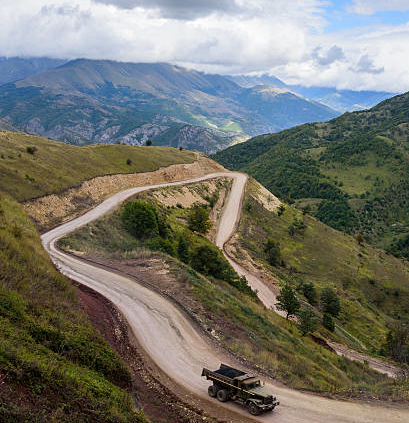 Armenia and Azerbaijan have been engaged in a deadly armed confrontation since September over the disputed region of Nagorno-Karabakh. This territory mainly populated by Armenians seceded from Azerbaijan shortly before the breakup of the Soviet Union, leading to a war in the 1990s that caused 30,000 deaths and hundreds of thousands of refugees from both camps.

When the conflict erupted again in September 2020, ECLOF’s Vardenis branch was directly affected. Situated right in the conflict zone, the office was repeatedly closed and re-opened depending on the course of hostilities. When the sirens went off, staff and clients had to evacuate the building, only to return when things had calmed down. ECLOF’s 300 clients were affected in many ways: houses were destroyed, businesses stopped working, some were injured or even lost relatives. ECLOF’s local staff volunteered in actions such as the manufacture of makeshift shelters and provision of clothing and basic necessities to those who lost their homes. To alleviate the situation for affected clients, ECLOF deferred loan repayments and cancelled late penalties. In an effort to continue delivering services throughout the crisis while protecting its staff, ECLOF constantly had to adapt to respond to this exceptional and dramatic situation.